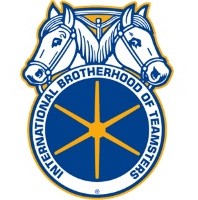 Charles Michael “Chuck” Denehy, of Townsend, passed away in Lake Worth, Florida on December 17, 2019. He was 74 years old.

Mr. Denehy was born in Somerville, MA on December 20, 1944 a son of the late Charles and Agnes (Sullivan) Denehy. He spent his early years in Somerville and attended Don-Bosco Preparatory High School in Boston.

Chuck served in the United States Army from 1965 – 1967 with the 62nd Engineer Batalion in Vietnam as a Welder. He was honorably discharged as a Specialist having been awarded the National Defense Service Medal, Vietnam Service Medal, Overseas Service Bar, and Good Conduct Medal in recognition of his faithful and honorable service to his country.

Following his service, Chuck returned to the United States, raising his family in Billerica and later relocating to Townsend, of which he was a resident for over 32 years. Chuck worked as a Trucker with the Local 25 International Brotherhood of Teamsters for Preston Trucking from which he retired.

In his retirement, Chuck enjoyed being a Snowbird, taking shelter from New England winters in Lake Worth, Florida and following his New England sports teams.

Mr. Denehy is survived by his son Charles M. Denehy Jr. and his daughter-in-law Lisa of Billerica, and daughter Cheryl M. Pratt of Ipswich. Also survived by brother Michael Denehy and sister-in-law Betty Denehy of Leominster and brother Kevin Denehy of Wakefield. He was the proud grandfather of Caden Denehy, Tyler Pratt, and Mya Pratt. Also survived by his nieces and nephews: Jason, Michael, Sean, Caitlin and Erin.

DENEHY – Charles M., age 74, a longtime Townsend resident. Visiting hours will be held in the McGaffigan Family Funeral Home, 37 Main St. (Rte. 113) Pepperell, MA on Friday, December 27 from 5 to 7 PM. Relatives and friends respectfully invited. A Mass of Christian Burial will be held on Saturday, December 28 at 9 AM at St. John the Evangelist Church, 1 School St. Townsend, MA at 9 AM. Interment with United States Army Military Honors will follow at Hillside Cemetery, Townsend.