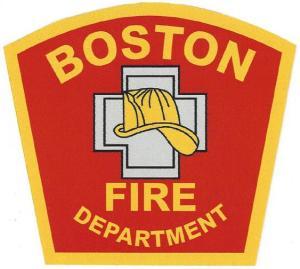 Damon, Donald L. age 85, of Deerfield NH, originally of Hyde Park, MA passed away on October 17, 2019 from a brief illness at Lowell General Hospital with family by his side. Donald leaves his beloved wife of 58 years, Marie (Bond) Damon. He leaves his brothers David Leeman of Virginia and the late William Damon. He was a loving and caring father to Donald Jr. and his wife Darlene of Billerica, Robert and his wife Karen of Fitchburg, daughter Donna Paris and her husband John of Pepperell, and the late Mark Damon.  Also his many grandchildren, Justin and Shannen Damon, Andrew Damon, Robert Paris and John Damon.

Donald was a retired Boston Firefighter and a retired Sergeant in the U.S. Army National Guard.  He owned his own oil and roofing business prior to joining the Boston Fire Department.

Donald was born on January 24, 1934 son of the late Charles and Loretta (Blair) Damon and raised in Woburn, MA. In 1960, he met his wife, Marie and they married in 1961.  They moved to Hyde Park in 1965 where they raised their four children.  They loved to spend time in their vacation home on Lake Arrowhead in North Waterboro, ME.  They loved to cruise around on their pontoon boat, play horse shoes and socialize with friends on the lake.  In 2004, they moved permanently to Deerfield, NH on Northwood Lake.

DAMON – Donald L., of Deerfield, NH. October 17, 2019. Visiting hours in the McGaffigan Family Funeral Home, 37 Main St. (Rte. 113) Pepperell, MA on Monday Oct. 21 from 5 – 8 PM. Relatives and friends respectfully invited. A Mass of Christian Burial will be held on Tuesday, Oct. 22 at 10:30 AM at Our Lady of Grace Parish worshipping at St. Joseph’s Church, 28 Tarbell St. Pepperell, MA. Kindly meet at church. In lieu of flowers, donations may be made to the Boston Fire Departments Death and Welfare Fund, 55 Hallet St. Dorchester, MA 02124. Please see www.mcgaffiganfuneral.com for online guestbook.

To send flowers to the family or plant a tree in memory of Donald Lawrence Damon, please visit our floral store.