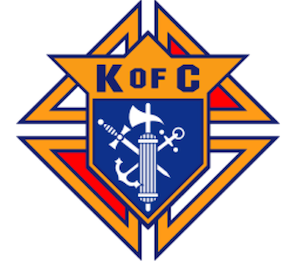 Gerald “Jerry” Joseph Leo Croteau Sr., 87, of Groton, MA, passed away peacefully in his home surrounded by his loving family on January 22, 2019. Jerry was born March 22, 1931 in Hartford, CT to the late George Croteau and Vera (Czerwonka) Croteau Madsen. After his father’s accidental death in 1933, Jerry and his mother moved to the Willard Smith Farm on North Road in Groton, MA, and he lived in Groton for the remainder of his life.


When Jerry was 3 years old, Mr. Smith taught him to play cribbage, which was his favorite pastime throughout his life. He always commented to his children, as he taught them to play, that he was able to count to 31 when he entered 1st grade. For the past 15 years he played in a local cribbage league at the VFW, finally winning 1st place in 2017.


A graduate of Groton High School in 1949, he then attended Nashua Business College on a part-time basis until he graduated in 1957 with his Associate Degree. He worked many jobs with his handy pick-up truck and in 1951 was drafted into the US Army where he served in the Pentagon as a Clerk/Typist, due to poor eyesight.


After the military he returned to Groton where he worked at Bemis Bag Co. in Pepperell, MA and Hartnett Tannery in Ayer, MA. In 1955 Jerry met Joan, the love of his life, at the Hampton Beach Casino and Ballroom and they were married on May 22, 1956. For the next 63 years they were inseparable, raising their family of six children, building their business, dancing, and traveling in Europe and the United States.


In 1960, Joan finally convinced Jerry to venture out on his own and Colonial Landscaping Corp. was founded. They successfully operated the business for the next 58 years. Jerry got the nickname “The Stonewaller”, building fieldstone walls throughout MA and NH.


There are 14 grandchildren and 16 great-grandchildren. Gerald Jr has two sons, Gerald III and Ben and his wife Lakin and their children Yuma, Zion, Asa and Sedona. John has three children, Jaime, and Jerry’s favorite twins, Ally and Nick all of Pepperell, MA. Mark has one son, Justin Kwedor, his partner Lizbeth and their three children Chloe, Caleb and Jaylee of San Jose, CA. Paul has two daughters, Kayla Buchanan and her son Jared of Townsend, MA and Amber Davis, her husband Jay and their two children Jason and Emma of Gardner, MA. Marie has three sons, Michael Bangs, his wife Liz their children Meghan, David, Molly, Emma and Isabelle of New Ipswich, NH, Corey of Washington, DC and Andrew and his wife Lindsey of Alaska. David has three children, Timothy, Austin Dunn and Julia and her son Marquis David of Nashua, NH.


CROTEAU – Gerald Sr., age 87, of Groton. January 22, 2019. Relatives and friends are respectfully invited to attend a Mass of Christian Burial at Our Lady of Grace Parish Worshipping at St Joseph’s Church, 28 Tarbell St., Pepperell, MA on Wednesday, January 30th, at 11:00 am. Interment will follow in St. Joseph Cemetery, Pepperell. Visiting hours will be held in McGaffigan Family Funeral Home, 37 Main St. (Rte. 113) Pepperell, MA on Tuesday, January 29th from 4:00 - 7:00 PM. Memorial contributions may be made to Our Lady of Grace Parish www.ourladyofgracema.org online giving link Gifts and Bequests Fund.

To send flowers to the family or plant a tree in memory of Gerald "Jerry" Joseph Leo Croteau Sr., please visit our floral store.