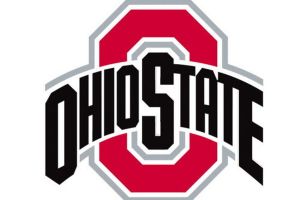 On Tuesday, May 14th, 2019, Paul S. Richards Jr, loving husband, brother, and father, passed away from cancer complications at the age of 71.

Paul was born on May 11th, 1948 in Ithaca, NY to Paul S. Richards Sr. and Josephine (Casano) Richards. He received his bachelor’s degree from THE Ohio State University in 1971 and went on to work in the Insurance industry for 40 years at Home Insurance, AIG, Marsh & McLennan, and John Hancock. He married Maureen A. Richards (McCarthy) on October 27th, 1973. They raised a son, Paul S. Richards III.

Paul had a passion for golf, Ohio State football, collegiate wrestling, fixing up the yard, and working in Boston. He was very involved in Pepperell Little League throughout his son's childhood. He recently became active at PACH, a volunteer-staffed community outreach program in Pepperell. He was well known for his humor, his friendship, and his thoughtfulness. He was a loving son, brother, husband, father, and friend. He will be thought of every day, but especially on cold days in November when Ohio State plays Michigan.

Relatives and friends are respectfully invited to attend visiting hours in the McGaffigan Family Funeral Home, 37 Main. St. (Rte. 113) Pepperell, MA on Tuesday, May 21 from 5 - 8 PM. A graveside service will be held at Association Cemetery, Park St., Pepperell, MA on Wednesday, May 22nd at 10AM.

In lieu of flowers and gifts, Paul would love donations made to PACH: PACH Outreach, PO Box 1247 Pepperell, MA 01463, or at www.pachoutreach.org

To send flowers to the family or plant a tree in memory of Paul S. Richards Jr., please visit our floral store.