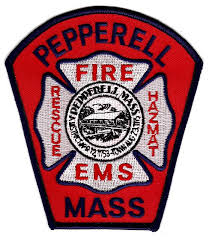 
Paul graduated from Pepperell High School in 1959.  He then served his country in the U.S. Navy during the Vietnam War from 1959 to 1962 aboard the USS Bennington aircraft carrier.  He earned the Armed Forces Expeditionary Medal (Vietnam) & National Defense Service Medal.


Paul loved to drive.  He drove trailer trucks and then became a beloved commercial bus driver for many years. People loved to have him drive them and enjoyed their time with him on their trips.  He loved his family and enjoyed gambling, the VFW, spending time with his grandchildren and letting people know his opinion.  He especially enjoyed driving Roush Racing to NASCAR events in Loudon, NH with his New Hampshire State Police escort.


Paul came from a family of firefighters starting in the early 1900s on the Pepperell Fire Department.  He joined the Pepperell Fire Department Combination Company in 1963 and served for 28 years, retiring in 1991 as Captain.  He mentored many firefighters who respected his knowledge and history of the department. He was past Commander, Quartermaster and life member of Pepperell VFW Post #3291, life member of the Pepperell Knights of Columbus, Council #317, American Legion Frank West Post #213, and the Lafayette Athletic Club in Nashua, NH.

To send flowers to the family or plant a tree in memory of Paul E. Tierney Sr., please visit our floral store.