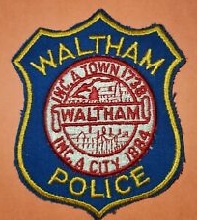 Christopher (Chris) Devona died May 10, 2022, at 76, after a long battle with heart disease and MDS.  He leaves behind, wife Christine (Wetherbee), former wife Theresa (Chaisson), daughter Jodie (Harrington), grandchildren Devon, Liam and Ryan and many nephews and nieces in Illinois and Indiana.

He was born in Chicago, IL to Anthony E. Devona and Verda A. (Robinson).  His siblings include deceased brother, Anthony (Tony) Devona, half-sisters, Ila and Pat Templeton and half-brothers Leonard, Joe, Edward and Phil Templeton.

Chris joined the Navy in 1965 and served 4 years active duty, including 2 tours in Vietnam in the River Boat Patrol unit.  He was an Engineman Second Class and Petty Officer Second Class.  He later served 2 years in the Navy Reserves.

Upon discharge he became a model builder for Atkins and Merrill, Inc.  He helped build a model of the Apollo 11 Lunar Excursion Module (LEM), 'Eagle' that was originally on display at the Boston Museum of Science.

He then became a Patrol Officer for the Waltham Police Department.  During his 32 years of service, Chris also served as a Motorcycle Officer, Stress Officer, Certified Accident Reconstructionist, member of the Special Response Team and became the first Range Master.   He was the Armorer in charge of all weapons training and firearms used by Waltham PD.  He assisted in the development and design of the weapons training manuals and qualification sessions, many of which are still in use today. He also was responsible for the use and maintenance of the gun range.

He was well known for his whacky sense of humor and deep love of Dogs – “which are better than people”.

Services will be private. In lieu of flowers, contributions in his memory may be made to Homes for Our Troops (www.hfotusa.org) or to a dog shelter of one’s choice.

Services will be private