Share a memory
Obituary & Services
Tribute Wall
Read more about the life story of Daniel and share your memory.

Daniel Weston Calileo, of Amherst, NH (formerly of Chelmsford, MA and Wolfeboro, NH), age 93, passed away peacefully surrounded by his loving family on January 13.  He will be deeply missed by his devoted wife, of 68 years, Grace (Martell)  and his 3 daughters and their husbands;  Joan and husband Ed Kozloski of Pepperell, Janice and husband Mike Spofford of Westborough,  Wendy and husband Tom Murray of Norfolk, and 5 grandchildren: Danielle, Samantha and Eddie Kozloski and Emily and Matthew Spofford, as well as many nieces and nephews. He was the brother of the late Helen Chase and Robert Calileo.

Dan was born in 1929 in Somerville, MA to Helen and Daniel V. Calileo.  He was an amazing and intelligent man with a wonderful sense of humor, he enjoyed playing practical jokes and loved to laugh.

As a young man, Dan developed a love for all sports and was an avid fan of the Celtics and Red Sox (at least until they traded Mookie Betts).  He was a skilled skier, a champion bowler, and hockey player, playing competitively well into his 50’s. Dan played the clarinet and loved  Big Band music, particularly Glen Miller.  He was light on his feet, an excellent swing dancer and square dancer, especially with his favorite partner, Grace.

Dan started working at MIT after he was discharged from the Army as a Staff Sergeant.  He was a member of the Instrumentation Lab, was a part of the development of the LINC computer (the forerunner to the PC), and several satellites.  He treasured his 39 years at MIT and retired as a purchasing agent for the Center of Space Research.

Dan’s love of sports lead to him becoming a successful coach of the MIT Rockets, a competitive softball team and a longtime coach in the Chelmsford Youth Girls Basketball League, where he was a mentor and role model to many young women including his own three daughters.

Dan spent much of his time outdoors, tending to his vegetable and flower gardens. Grace and Dan’s love for the outdoors lead them to build a ski house in Maine, near Sugarloaf, where the family spent many summer and winter vacations. When they lived on Lake Winnipesaukee one of his greatest enjoyments was taking his children and grandchildren waterskiing, tubing, sledding, to the playground and for ice cream.

Dan absolutely adored his grandchildren.  He supported them in all of their activities. He was proud of every one of their accomplishments, no matter how big or small.

Most important to Dan, was to be surrounded by his family, making memories they will forever cherish.

Visiting hours will be held in the McGaffigan Funeral Home, 37 Main St., (Rte. 113) Pepperell, MA on Wednesday, January 18th from 4 – 7 p.m. A Funeral Mass will be celebrated at Our Lady of Grace worshiping at St. Joseph Church, 28 Tarbell St., Pepperell, MA on Thursday, January 19th at 10:30 a.m. Memorial contributions may be made in Dan's name to: The Community Hospice House, 7 Executive Park Drive, Merrimack, NH 03054, Attn: Development (www.hhhc.org).

To send flowers to the family or plant a tree in memory of Daniel Weston Calileo, please visit our floral store. 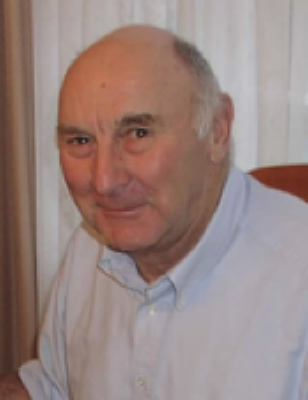