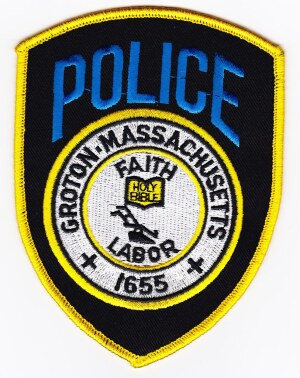 Chief Rider, or “Jay” as he was affectionately known by family and friends, was born in Boston on April 7, 1946 son of the late Agnes (Phillips) and George D. Rider, Sr. A lifelong resident of Groton, Jay attended the local schools graduating from Groton High School Class of 1964. Following high school, he furthered his studies at Mt. Wachusett Community College and Northeastern University, studying Criminal Justice.

Jay began his career with the Groton Police Department in 1966 as a Dispatcher. Following his graduation from the Mass. State Police Academy, he served the Town of Groton as a Patrolman until 1970, when he transferred to the Ayer Police Department. Returning to his beloved hometown of Groton in 1976, he rose through the ranks until he eventually attained the rank of Chief of Police in 1984. Chief Rider faithfully and honorably served the Town of Groton until his retirement on June 30, 2000.

Actively involved in his community, Chief Rider appeared as a guest speaker for local schools, Lions Clubs, and Rotary Clubs, coached Little League, served with the Groton Fire Department and Ambulance Service, and was also a member of the Groton Minuteman Company.

In his retirement, he enjoyed golfing, following Boston sports teams, time spent with family, and travel along the Maine Coast – especially Biddeford Pool. He could often be found at Johnson’s in the morning with the ‘gang’ and was always there to lend a hand to those in need. His presence around town will be sorely missed.

He is survived by two sons, Christopher J. Rider and wife Kristin of Nashua, and Jeffrey M. Rider and longtime partner Lia Romani of Groton. He was the proud grandfather of Trent D. Rider and Caroline B. Rider. Also survived by many friends and colleagues. Jay was predeceased by his wife Marge C. (Primus) Rider.

RIDER – George D. “Jay”, Jr. Retired Police Chief – Town of Groton. July 20, 2020. Those who wish to pay their respects to Chief Rider and his family may do so in accordance with CDC, Federal and State guidelines at the McGaffigan Family Funeral Home, 37 Main St. (Rte. 113) Pepperell, MA on Monday, July 27. A visiting hour for elderly/at-risk members of our community will be held from 3-4 PM, with an open visitation to follow from 4 – 8 PM.  A Mass of Christian Burial will be celebrated at Our Lady of Grace Parish worshipping at St. Joseph’s Church, 28 Tarbell St. Pepperell, MA on Tuesday, July 28 at 10 AM. Fr. Jeremy St. Martin officiating. Graveside services will follow at Groton Cemetery.

To send flowers to the family or plant a tree in memory of George "Jay" D. Rider, Jr., please visit our floral store.