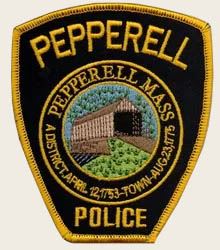 DRACUT - Lieutenant Alan Lessieur, PPD passed away unexpectedly on Sunday, August 8, 2021. Born in Lowell on December 24, 1960, Alan was the son of the late Joseph and Rita (Paige) Lessieur.

Alan was a Lieutenant with the Pepperell Police Department, where he worked for over 32 years. He was well known as the D.A.R.E. officer earlier in his career, and also for his cooking abilities at the annual Veterans Breakfast. He was named the Pepperell Police Department’s Officer of the Year in 2018. His many duties and accomplishments included being the administrative patrol supervisor, evidence and property control manager, and court prosecutor. Alan had also served in the U.S. Air Force. He earned his Bachelor’s degree in Criminal Justice/Law Enforcement Administration from Saint Joseph’s College and his Master’s degree in Criminal Justice/Public Administration from Anna Maria College.

Alan was a loving husband, father, Pépère, brother, and friend. His greatest joy was time spent with his grandson Asher, spending time in the pool and playing with water guns. He had a great affection for LeeLoo and Luna. He was also well known for his witty movie quotes.

Alan was the beloved husband of Donna (Corey) Lessieur. He was the loving father of Courtney (Lessieur) Langlois and son-in-law Ben Langlois, and the proud Pépère of Asher Langlois. He is also survived by his brother Robert Gauthier and his wife Lorraine, and his sister Theresa Guilmette and her husband Gary, as well as several nieces, nephews, cousins, colleagues, and friends.

To send flowers to the family or plant a tree in memory of Lt. Alan Lessieur, PPD, please visit our floral store.