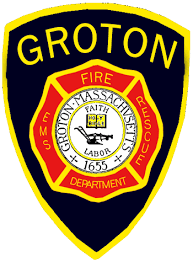 GROTON - Peter Geoffrey Staffon, age 54, passed away on May 17, 2021 at his home in Groton. Peter was born in Boston on December 26, 1966 as a son of the late Peter William Geoffrey Staffon and Margaret Mae (Green) Staffon. A lifelong resident of Groton, Peter attended the local schools and was a graduate of Groton-Dunstable High School Class of 1985.

Peter was a 26-year veteran of the Groton Volunteer Fire Department, Engine & Hose Company #1.  He was the first member to have an internship during his senior year in high school and received a scholarship for college.  Peter was dedicated and passionate about his second job and could be found repairing the engines and at times cooking for the crew with his chili or other dishes.  He was almost always the first to arrive at the fire house to drive the engine to the scene.

Peter started working with Ferrite Components in 1994 as a manufacturing technician building Industrial Microwave Systems.  Peter went on to be a group leader in Manufacturing in 2000 and then in 2002 Peter moved to the Components Group at Ferrite assuming the role of RF Test Technician working on Passive Microwave Devices.  Peter held this role working closely with R&D and Engineering until 2012.

Peter had a love for Labrador retrievers and was devoted to his daughter, Sasha.  He enjoyed landscaping and working on equipment in his spare time.

I remember how I would give my Dad a huge hug when I came home from school - he means the world to me! By buying good things like toys and clothes to me. I love how he introduced everyone in my neighborhood to me. (He even got to show me the Winns, when they first came). I miss you a lot already and how you did all these things with me, Dad. I hope you are safe in Heaven!
- Love Sasha

Humor was a big part of how Peter viewed life. He loved looking for it in things, and he did often use it as a way to connect to people. Finding someone who gets his peculiar sense of humor was rare. He made jokes that people enjoyed nevertheless.
- From Veronika

STAFFON – Peter Geoffrey, a lifelong Groton resident. May 17, 2021. A memorial gathering in honor of Peter will be held at the American Legion Post 437, 114 Dunstable Rd., Westford, MA on Saturday, August 14, 2021 from 2 – 9 pm. Relatives and friends respectfully invited. In lieu of flowers, donations in his memory may be made to the Groton Fire Department Equipment Fund.

To send flowers to the family or plant a tree in memory of Peter Geoffrey Staffon, please visit our floral store.