Share a memory
Obituary & Services
Tribute Wall
Read more about the life story of Sister Rita and share your memory.

Sister Rita Beaudoin SUSC (Sr. Ruth Elizabeth) died on January 18 at Mary Immaculate Nursing/Restorative Center, Lawrence at the age of ninety-five. Born in Lawrence, MA on March 16, 1927, she was the daughter of the late Henry and Eva (Bertrand) Beaudoin and is survived by her Holy Union Sisters. Her only sibling, Sister Ruth Beaudoin SUSC died in November 2022.

Sr. Rita graduated from Sacred Heart High School in Lawrence. She entered the Holy Union Sisters on December 8, 1946, and pronounced her final vows on July 26, 1954. She earned a B.A. and M.A. in English from Boston College.

Sr. Rita’s first teaching assignment was at St. Anthony School in Shirley, MA, where in addition to teaching middle grades, she was also the church organist. The remainder of her teaching
career was on the high school level, first at Sacred Heart High School, Lawrence and then at Rose Hawthorne High School, Concord, where she also served as principal. She taught at St. John the Baptist High School in Pawtucket, RI and was principal at Assumption School in Chelsea.

Sr. Rita was a member of the General Council of the Holy Union Sisters in Rome for six years. When she returned to the United States she became the assistant administrator at St. Mary’s Villa, Lowell, the retirement community of the Groton Province of the Holy Union Sisters. She then served as provincial superior. When she completed her term, she participated in a renewal program at St. Stephen’s Priory, Dover MA. Sr. Rita established the Development Office for the Groton Province in the early 1990’s and later served as Province Archivist. When the two United States Provinces became one entity in 1999, she continued as archivist and was an active member of several organizations for archives of religious collections. Sr. Rita retired to Mary Immaculate Residence in 2012 and due to declining health, recently moved to the Nursing/Restorative Center.

Sr. Rita’s Mass of Christian Burial will take place at St. William Church, 1351 Main St., Tewksbury on Friday, January 27th at 11 a.m. Mass will be preceded by prayers of remembrance beginning at 10:30 a.m. Burial will follow at St. Bernard’s Cemetery, Concord, MA. Donations in Sr. Rita’s memory may be made to the Mission Advancement Office of the Holy Union Sisters, 205 Bedford Street, Fall River, MA 02720.

Funeral arrangements are under the direction of McGaffigan Family Funeral Home.

To send flowers to the family or plant a tree in memory of Sister Rita Beaudoin SUSC, please visit our floral store. 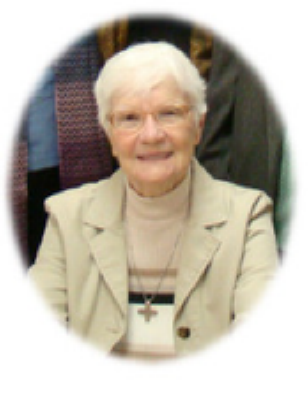