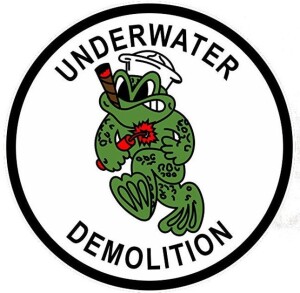 “Two roads diverged in a wood, and I—, I took the one less traveled by, And that has made all the difference.” This quote from Robert Frost’s, The Road Not Taken epitomizes the character and life of Winslow Hincks Duke. Win had a deep-seated love for nature and relished all of its flora and fauna, but at 89 years young, he travelled beyond this earthly planet and took the road to the heavens, passing away on July 19, 2020 at his beloved farm in Pepperell, MA.


Win grew up in Greens Farms, CT where he developed a love for horses and playing polo. He was the youngest son of Florimond (Dusossoit) and Mary M. (Hincks) Duke. After graduating Tufts University in 1953, with a B.A. in English and a love of poetry, he was commissioned by the US Navy. He completed Underwater Demolition Team (UDT) training, graduating in 1954 with Class 13, dubbed “the Toughest Class.” He served in the Korean War with UDT Team 22 and finished his service in 1956 with a rank of Lieutenant Junior Grade. After the Navy, Win began a long running career as a broker in the investment business for firms in the “big cities” such as Boston and New York, eventually becoming Vice President at Tucker Anthony and R.L. Day in Nashua, NH.


Win was a steadfast conservationist and exceedingly attracted to the “countryside” -- especially the farmlands of New England. He reveled in the magic of having four seasons, the region’s deep history and its ubiquitous stone walls. Stepping to the music of his own different drummer, Win bought a farm in Pepperell, MA and was ecstatic to leave the hustle and bustle of the city and raise his family in a small town. In 1963, Win married Pauline Revere Thayer, who, having grown up on a farm herself, joined him in his zeal for working outdoors on their homestead. He recalled to his children how, when he first started his hay farming operation and was figuring out how to run the hay baler, Pauline would walk alongside the tractor, reading aloud from the John Deere implement manual! Win was an avid horseman and actively involved with the Pepperell horse community, serving as President of the Nashoba Valley Hunt Club, judging local 4-H horse shows, and hosting fox hunts and other events at his farm. Naturally calm, cool, pragmatic, Win was especially devoted to family and friends. He was grateful in knowing he had found his little slice of heaven on earth and thus took great pleasure and allegiance in serving his local community. For the Town of Pepperell, Winslow served on the Zoning Board of Appeals for 25 years.

Throughout his life, Win served on numerous Boards and was an avid supporter for various organizations, including the Merrimack Repertory Theatre, Nashoba Community Hospital, New England Forestry Foundation, the Tisch Library at Tufts University (Book Fund for Environmental Studies), Trout Unlimited, and the Greater Lowell Community Foundation. He was a wholehearted philanthropist; his intention was never in favor of public accolades. It was the small acts of generosity and assistance that meant the most to him, whether volunteering to judge a local 4-H horse show; sharing his farm with neighbors; inviting kids to fish on the pond in summer or ice skate in the winter; or welcoming a neighboring farmer to tap his maple trees. However, being a thrifty Yankee and having a sweet tooth, Win did ask for a few pints of maple syrup which he would give away as coveted Christmas gifts, excepting the pint he kept for himself!


Win and Pauline shared a great love for the quiet solitude and the natural beauty of Mascoma Lake in NH, where they owned a cabin in retirement and enjoyed spending many summers kayaking, fishing, hosting family gatherings, biking, hiking, visiting historical points of interest, and watching sunrises and sunsets over the lake. The following words written by N. Scott Momaday express the beauty and glory Win saw all around him in the vistas of New England.


“Once in his life a man ought to concentrate his mind upon the remembered earth, I believe. He ought to give himself up to a particular landscape in his experience, to look at it from as many angles as he can, to wonder about it, to dwell upon it.”


Win had a gentle, caring reverence for all of nature – its water, soil, clouds, light, meadows, trees. But make no mistake: he was gregarious, charismatic, charming, dapper and a classy dresser and not adverse to “stepping out” to mingle at a party, enjoy rack of lamb with mint jelly at a five star restaurant, or “cut a rug” to a live band and waltz around a ballroom. Win loved art, music, theatre and word-play - especially silly puns and never missed an opportunity to make those within earshot of him laugh.


During this unprecedented time due to the pandemic and in an abundance of caution, a private memorial service for family will be held at a later date. As one who repudiated the limelight and shunned flattery, Win would most likely prefer, that those who wish to honor his life do so in a way that gives one joy – such as donating to a special cause; gifting to a non-profit organization; lending a hand to someone in need; doing a small act of kindness; sitting on a stonewall and watching the sunset; or taking a hike in the woods.


And when you come to a fork in the road, “take the path less travelled by” Winslow H. Duke would tell you - dare to dream, love what you love and hang with the happy people!


“Ah, but a man's reach should exceed his grasp, Or what's a heaven for?” (Robert Browning)

To send flowers to the family or plant a tree in memory of Winslow Hincks Duke, please visit our floral store.

Services will be private